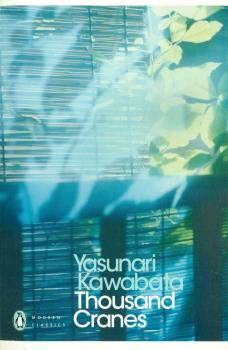 Yasunari Kawabata was born near Osaka in 1899 and was orphaned at the age of two. His first stories were published while he was still in high school and he decided to become a writer. He graduated from Tokyo Imperial University in 1924 and a year later made his first impact on Japanese letters with ‘Izu Dancer’. He soon became a leading figure of the lyrical school that offered the chief challenge to the proletarian literature of the late 1920s. Snow Country (1956) and Thousand Cranes (1959) brought him international recognition and he was the recipient of the 1968 Nobel Prize for Literature. Kawabata died by his own hand on 16 April 1972.

The Sound of the Mountain